About 5 minutes after I posted the latest update, I looked at the new mapping data and it indicated that the top portion on the front had separated from the frontal boundaries as the system weakened and is now a part of a shortwave trough near Monticello, Utah. there is precipitation breaking out in front of and just behind the low. This looks like it will clip the northern area as it tracks further northeast into the state. 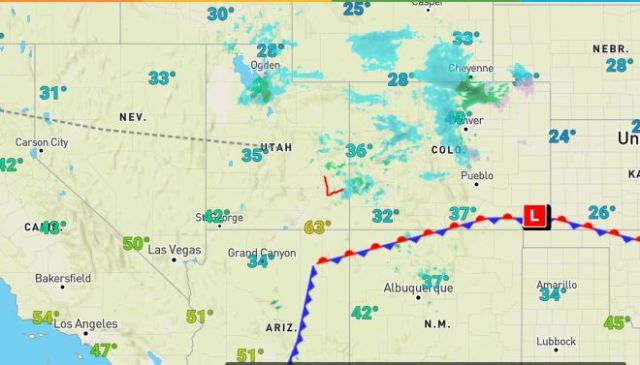 Here is the satellite 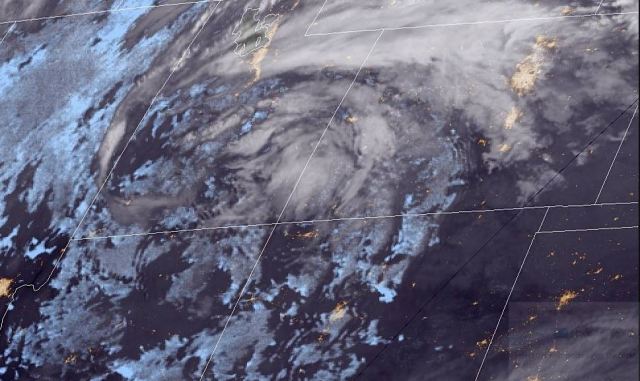 We may see a brief snow shower break out, but the air is dry to our south and will likely get caught in the flow which will deter any widespread snow event from occurring. It would likely happen in the next couple of hours if it happens at all. If you see a dramatic pick up in snow or wind let me know where what and when.