I have been waiting all week for today and Friday because the models have been suggesting a decent shot of more widespread precipitation (rather than just the higher elevations). I was a little disappointed to see the morning model runs because they are not producing much in the way of widespread accumulations. Moist air has moved in from the southwest, bringing with it cloud cover, which we know can actually hamper the convection.

This moist air transport is close to what happens during an active Monsoon season. The problem is this is temporary. While it is Monsoon-ish, it is probably going to get shut down again before we see more favorable conditions in another week (fingers crossed). GFS is still bullish on this happening by the middle of next week while the Euro is holding off 4 or 5 days longer.

For today, the high-resolution model shows all of the ingredients we need for thunderstorm development.

Here are the max CAPE values (available atmospheric energy), they don’t occur until 3-4pm in La Plata County. They occur earlier in Cortez, Dolores, and Pagosa as well as the higher elevations above 9,000 feet. 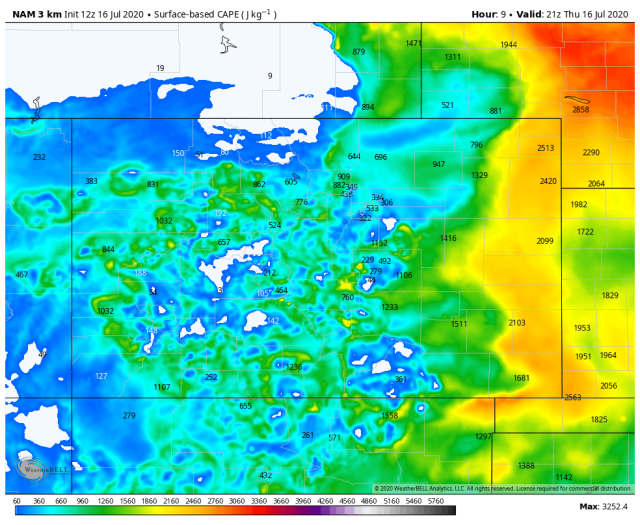 Despite those high values, as I mentioned earlier, the models are not producing widespread accumulations. I do expect some areas to get caught under some decent rain, but the models are not helping me pinpoint where that will happen.

Here are the latest multi-model totals which take us to the end of the July. 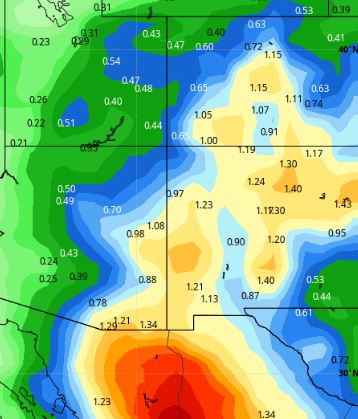 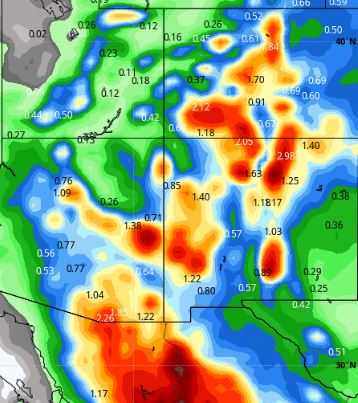 And the bullish GFS. Remember the GFS is seeing a quicker pattern change than the other two models. 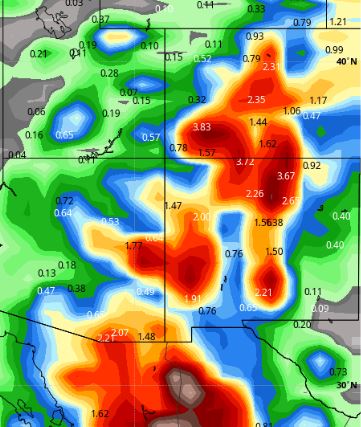 More important than the totals is where the accumulations are happening. When you see accumulations like this in southern Arizona and northern Mexico it is a good sign that the Monsoon season is trying to fire up.

Thanks for following and supporting the site. Thanks for all the great reports, it does help me “grade” the weather models.